The planting of this garden has been organic and ongoing for several years, and the microclimate has changed over time as self-seeded trees in neighboring gardens have grown tall, blocking out much of the light. There is something in bloom throughout the year, but the planting peaks in late summer and early autumn, and it continues to look good through autumn into winter. 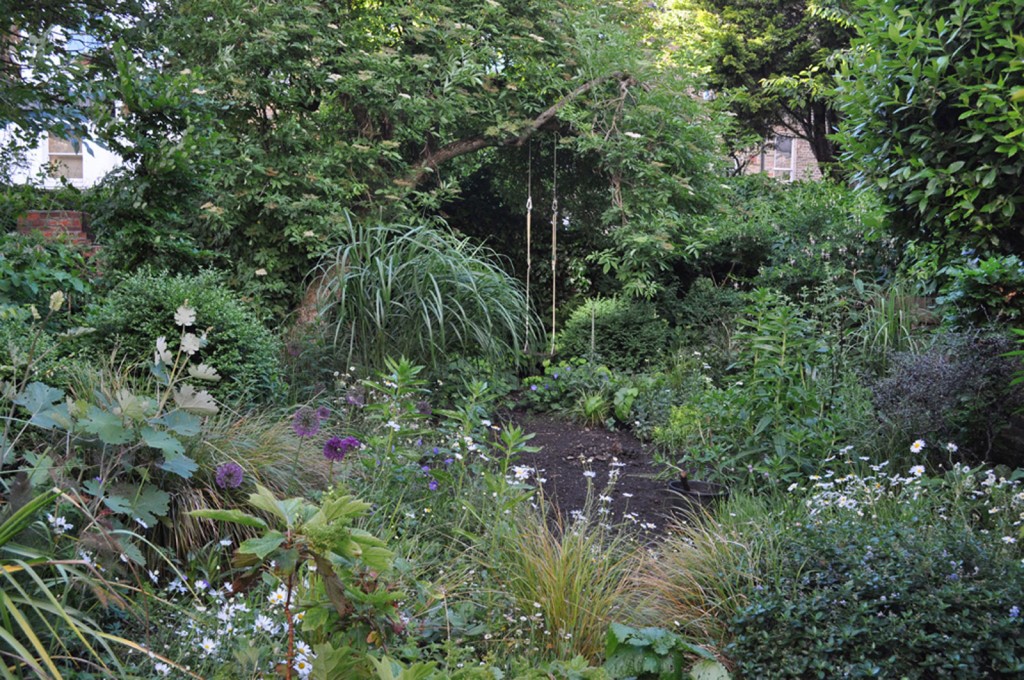 Late May, alliums and daisies are blossoming, grasses and late flowering perennials are bulking up and provides a lush green background.

Mid July, perennials, shrubs and grasses will provide colour, structure and texture for many months to come 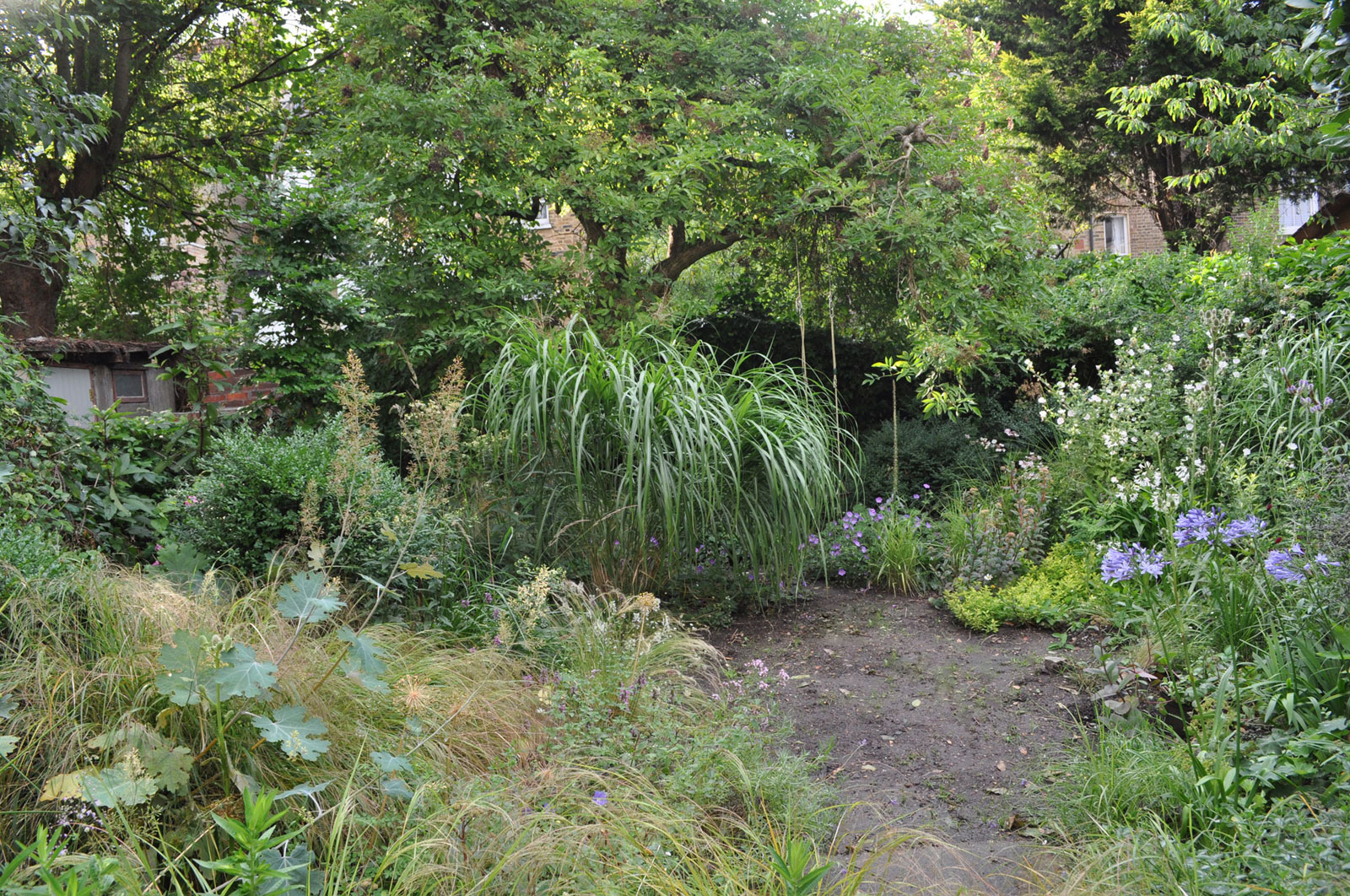 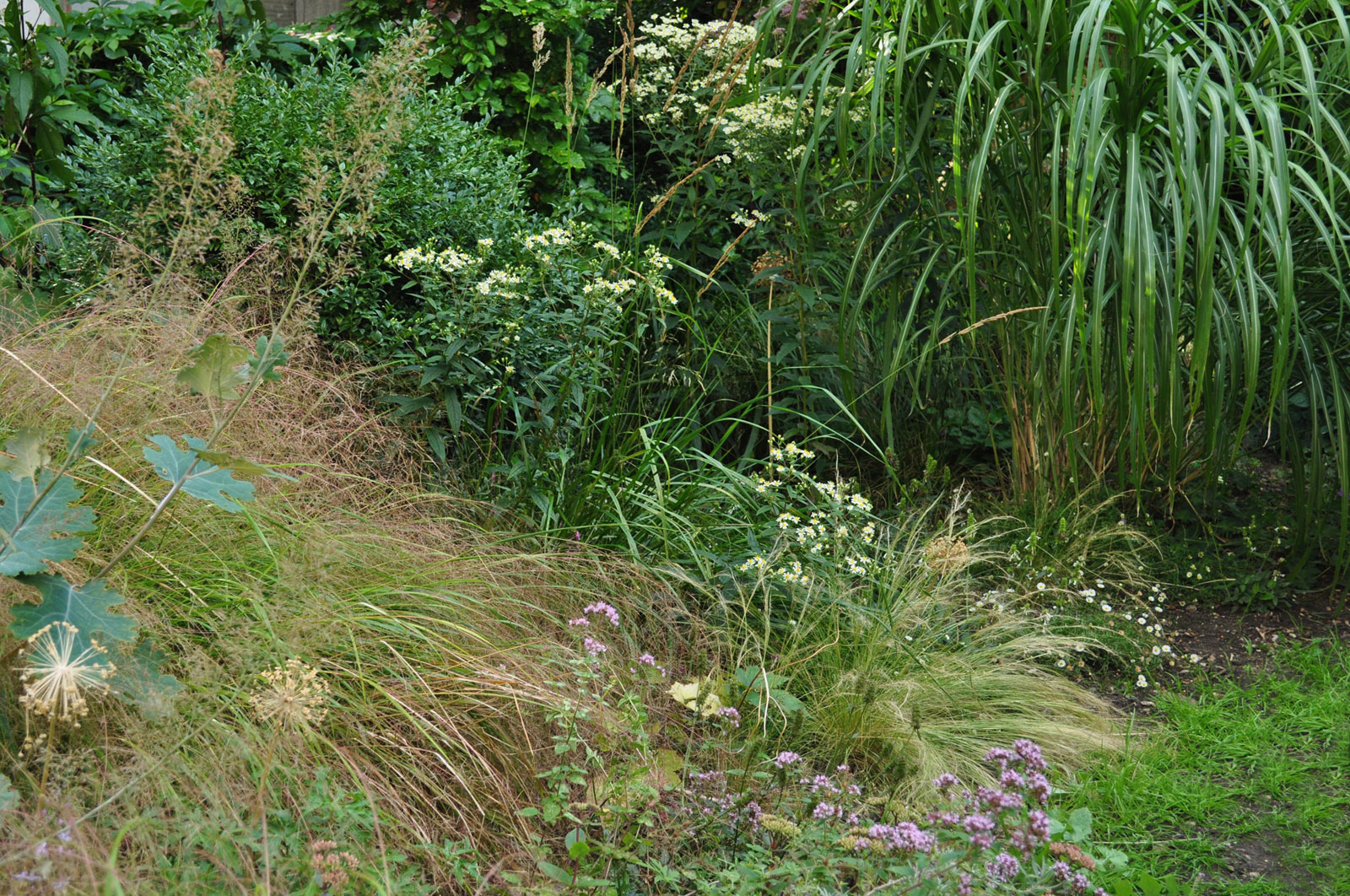 August, late flowering perennials in bloom, most will look good after flowering and with the grasses will give a changing display into winter. 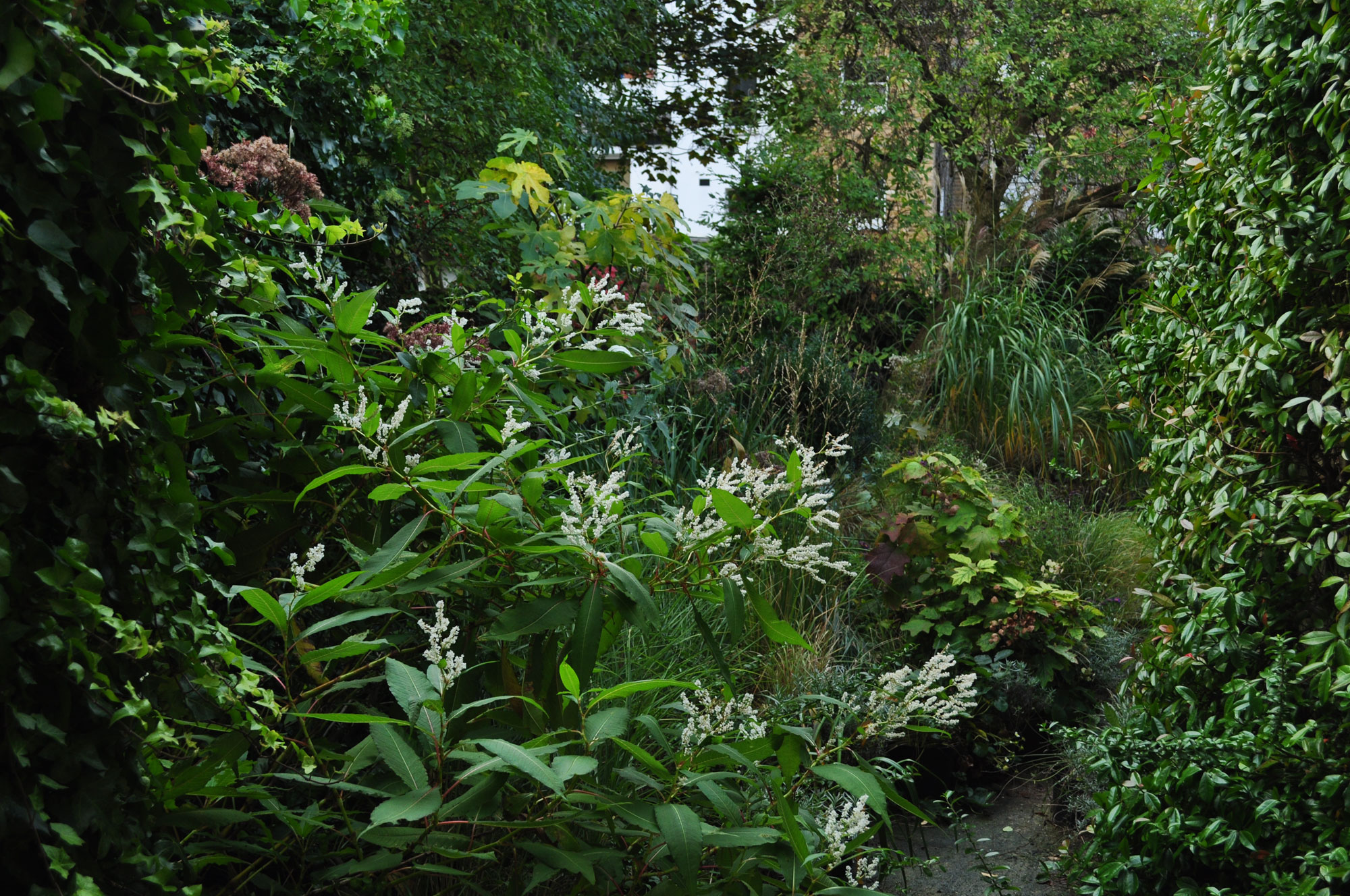 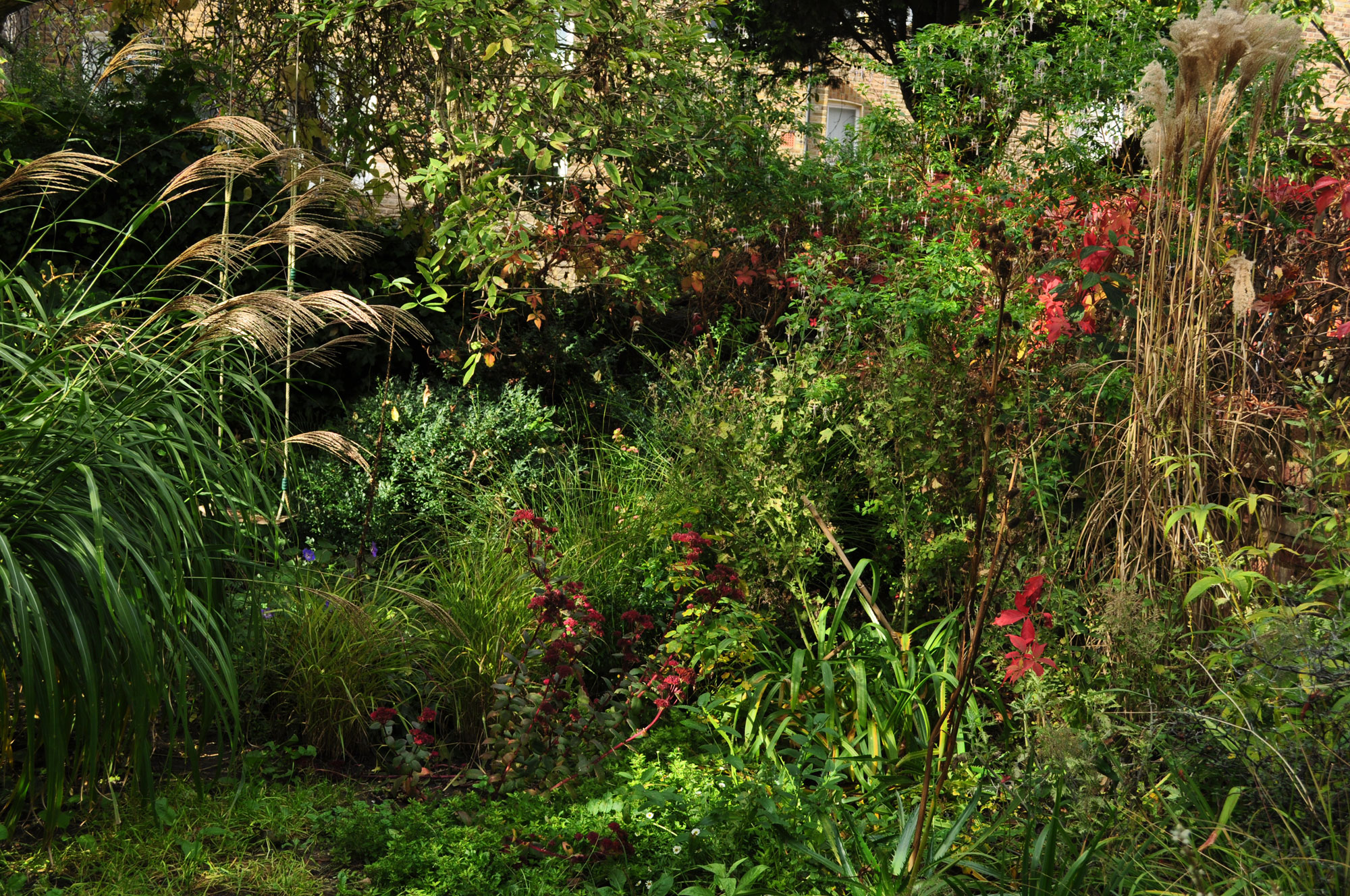 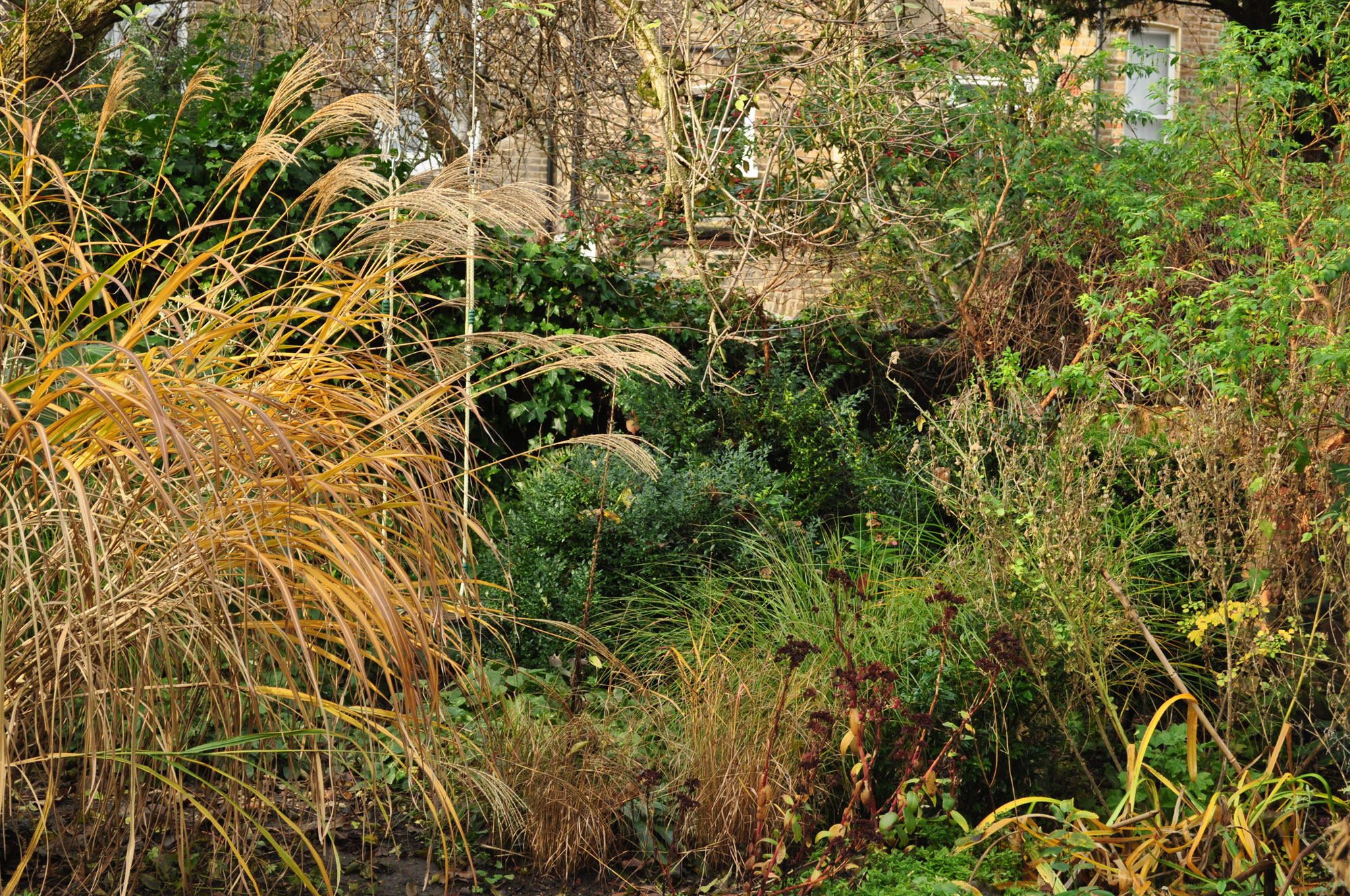 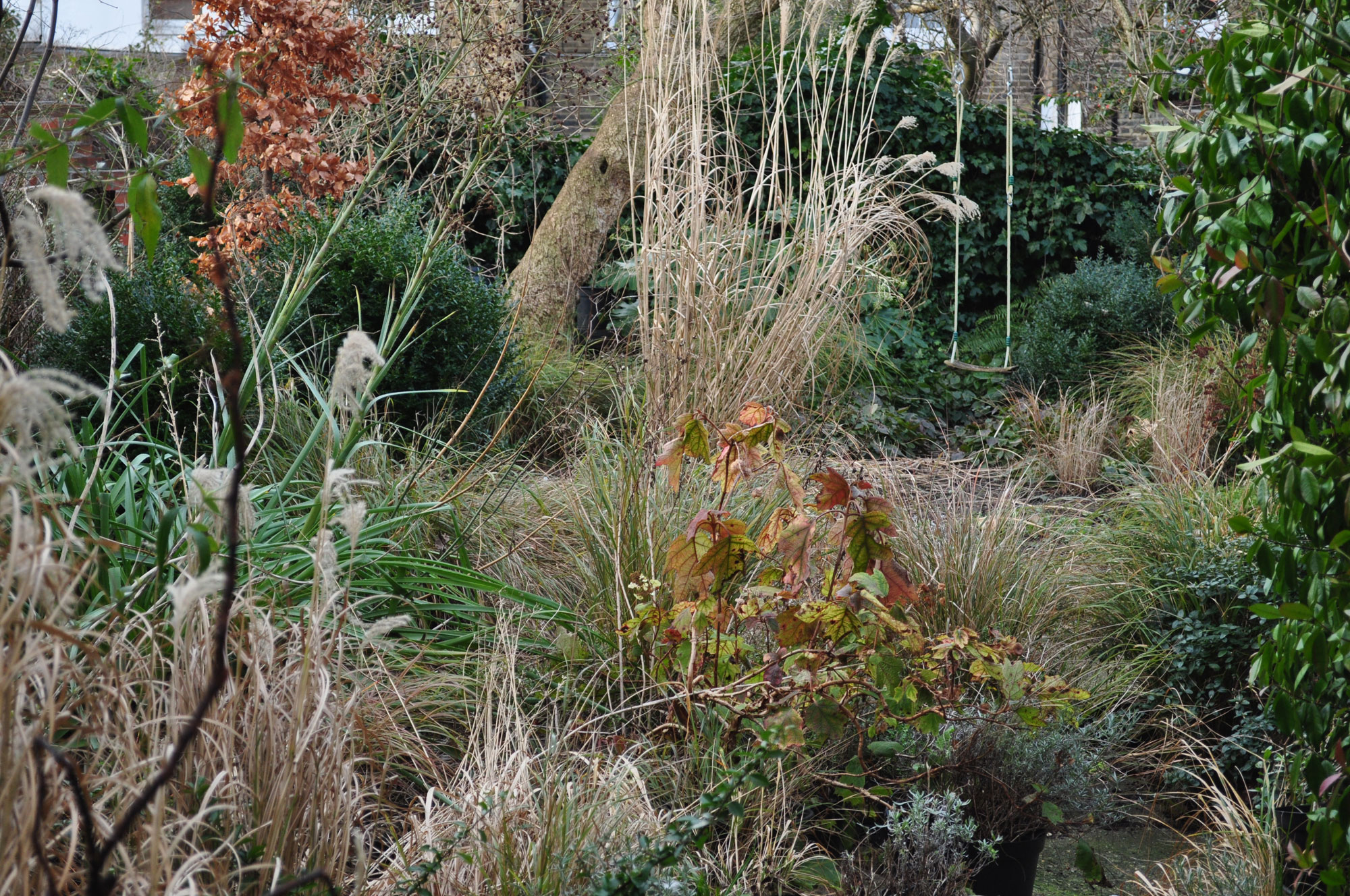