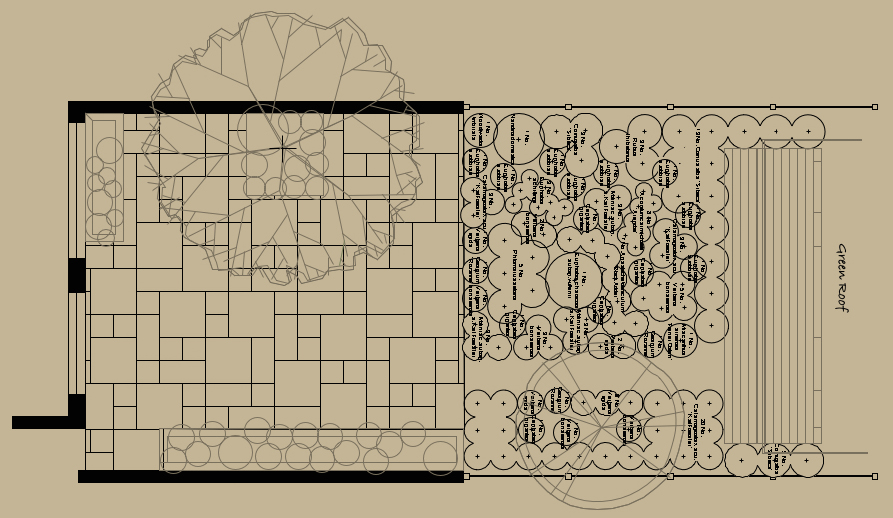 The client’s garden backs on to reservoirs and the open expanse of sky and grassy banks are dominant elements that inspired the initial concept.

A studio was being built at the end of the garden, and as the client’s needshave changed from a space for the children to play into a place to enjoy looking at,

we decided to plant a green roof on the studio and ornamental grass along the side, overlooking the reservoir and linking the garden to the surroundings.

Near the house, a large terrace offers a versatile space, and a deep border with tall planting divides the two areas, providing a changing picture through the year. 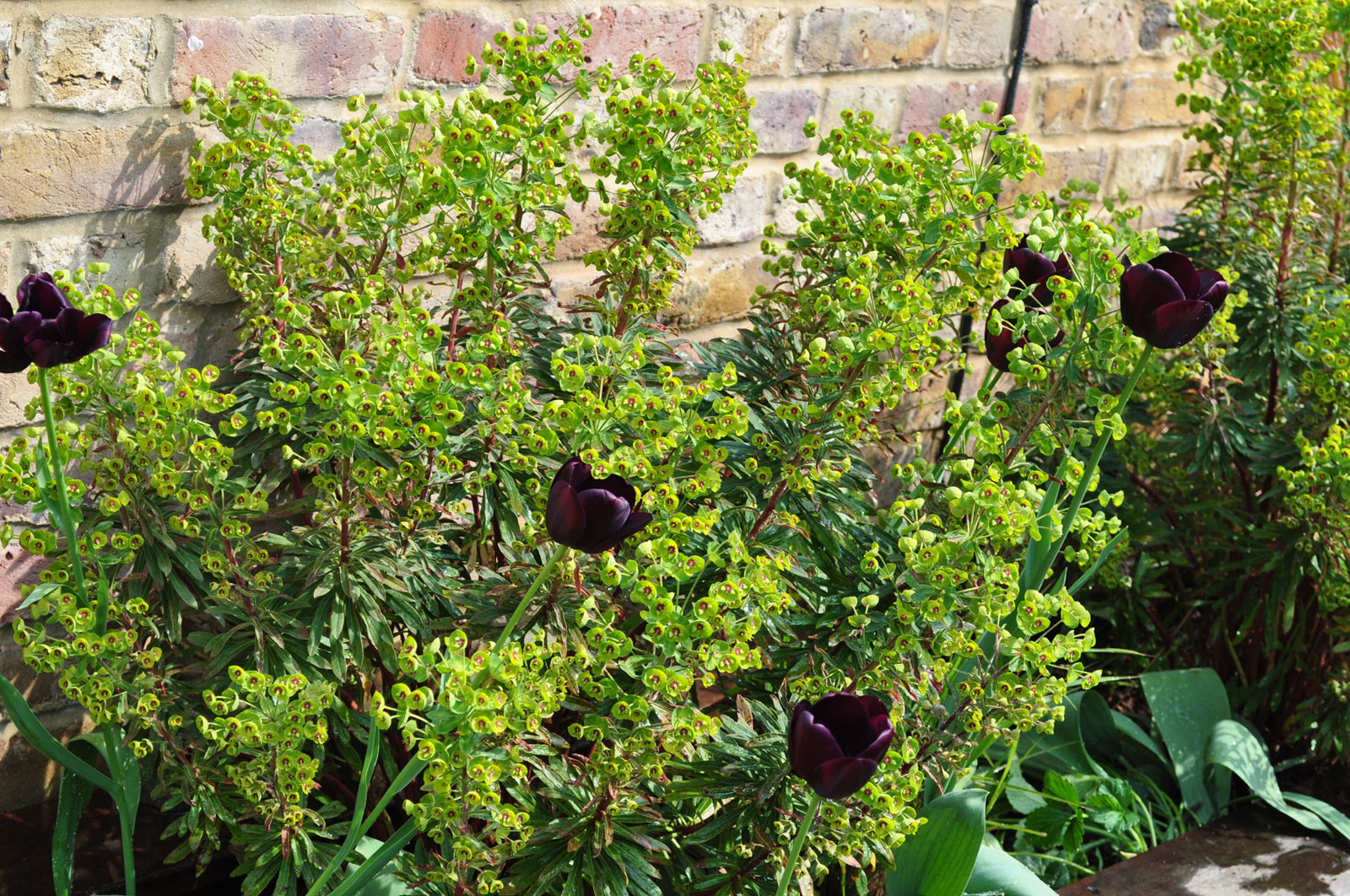 Euphorbias and spring bulbs dominates in spring and early summer. 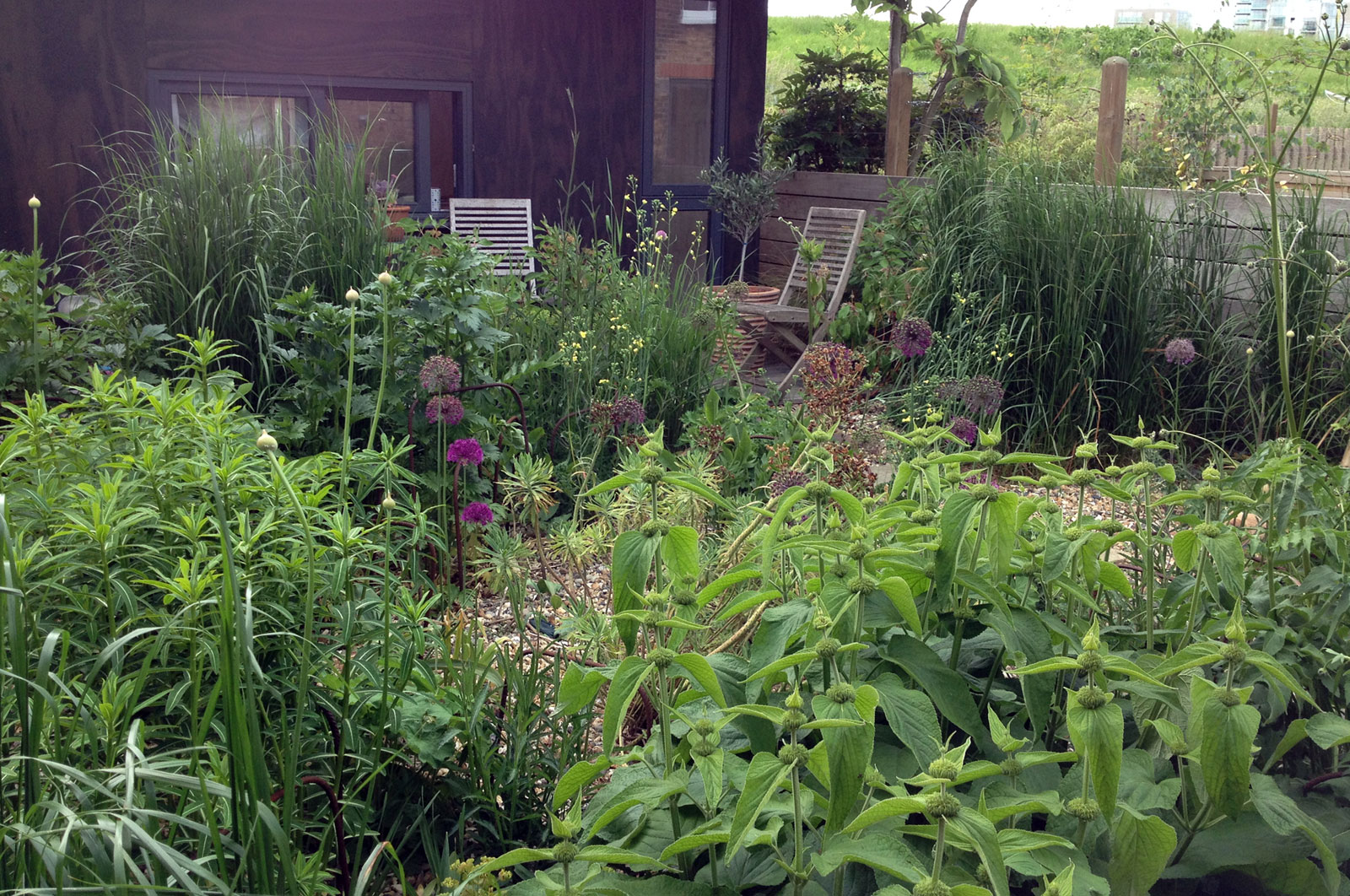 Early summer and perennials are putting on size, Alliums are flowering now and their seed heads will look good long after the blossoming. 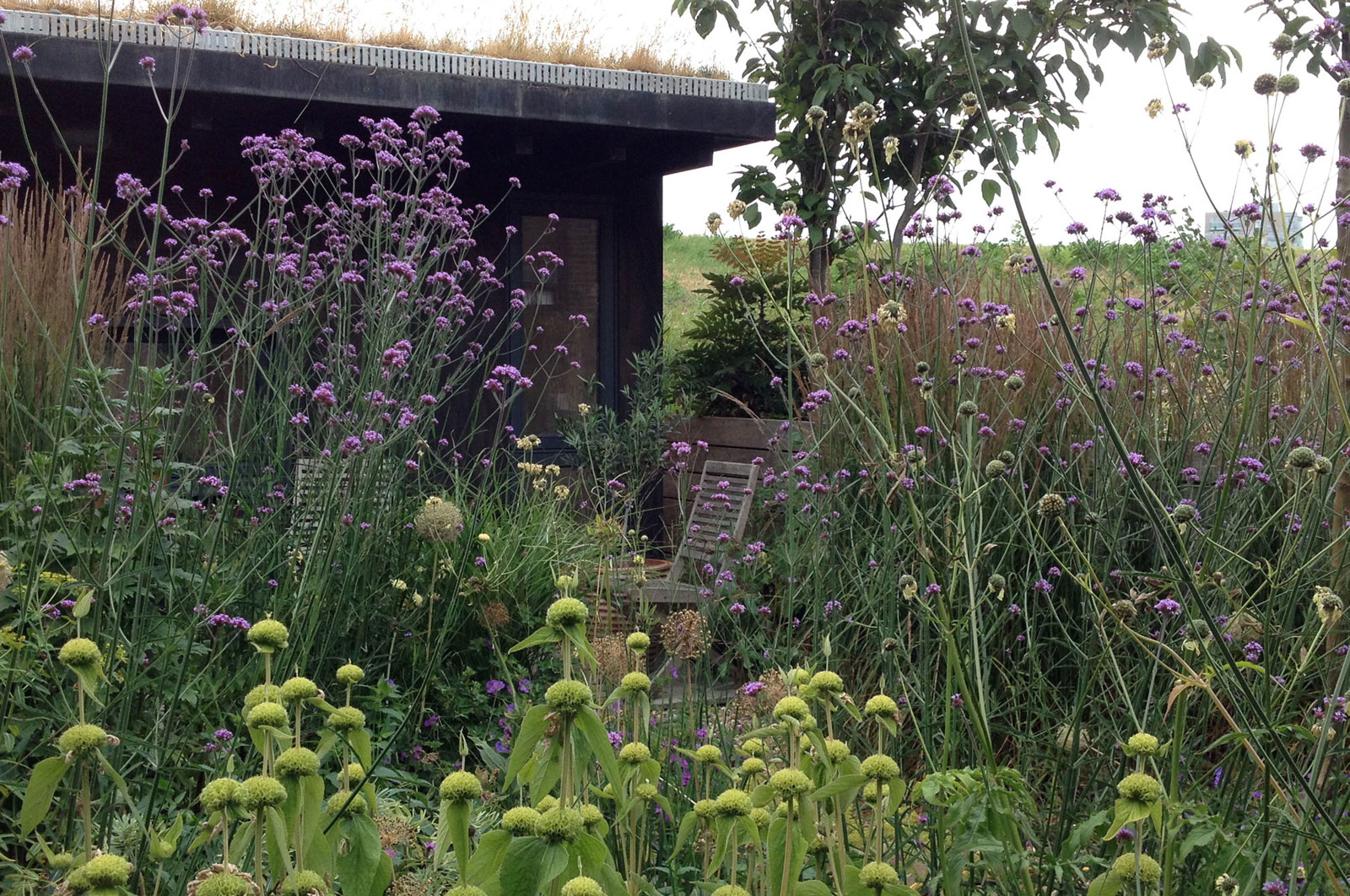 Summer the year after planting, perennials and grasses are getting established. 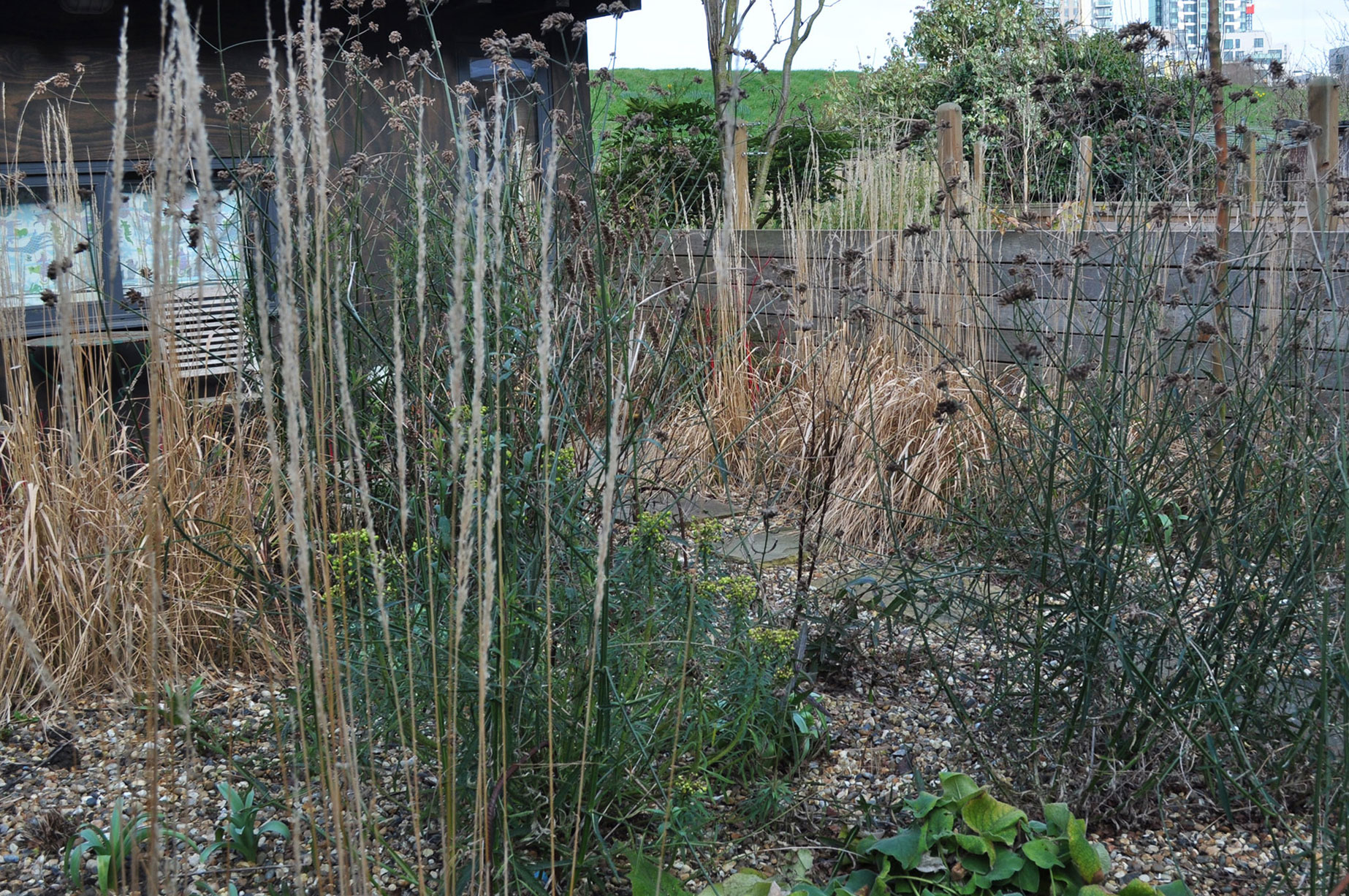 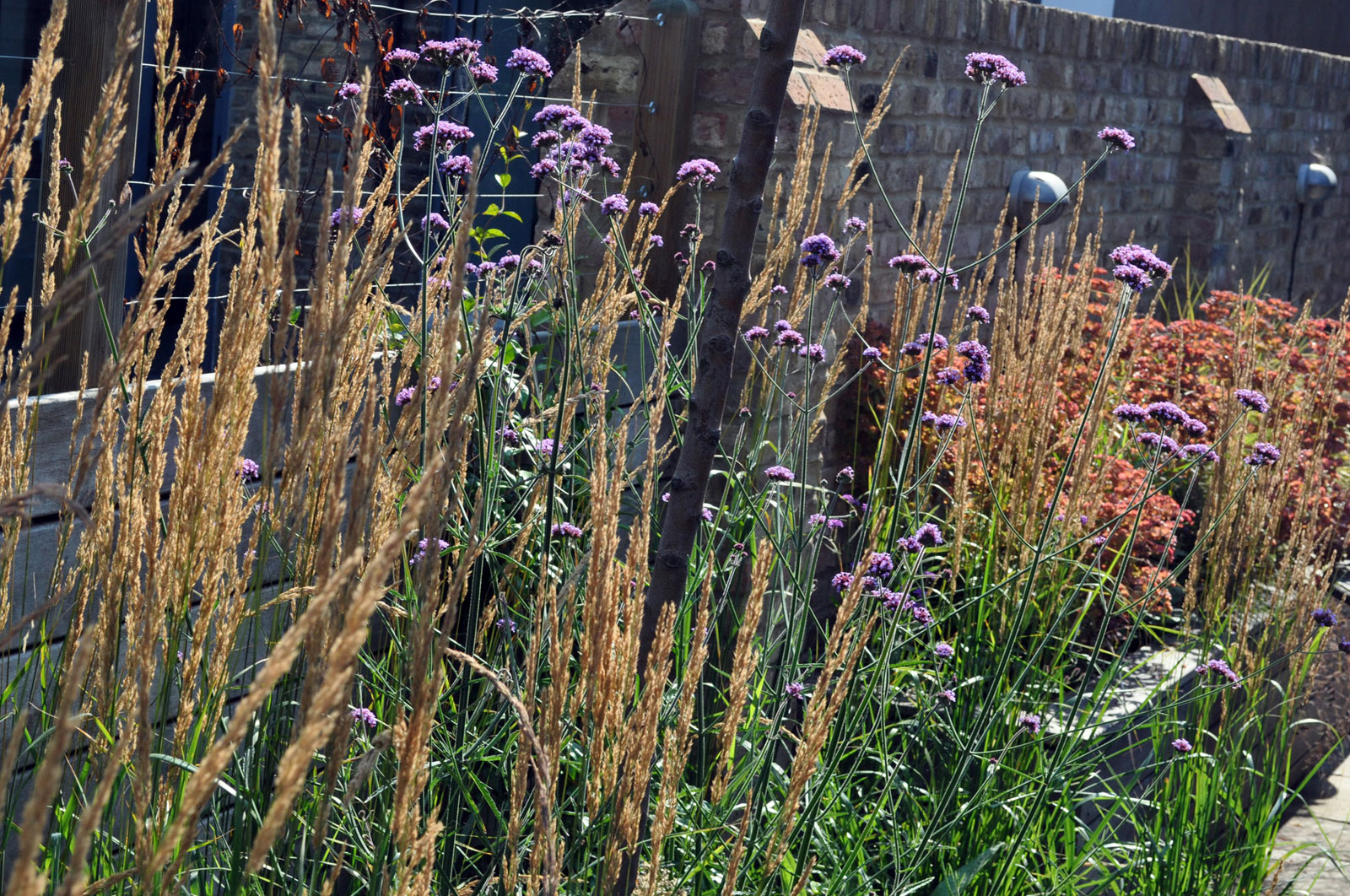 Plants that performs and looks good for a long period is important in a small garden, the Euphorbia came into bloom in late winter and the bracts are still attractive, the grasses and verbena will look good into winter.

Late summer in the first year, some tall grasses and perennials are flowering now; others will bulk up this year and put on a display from the second season. 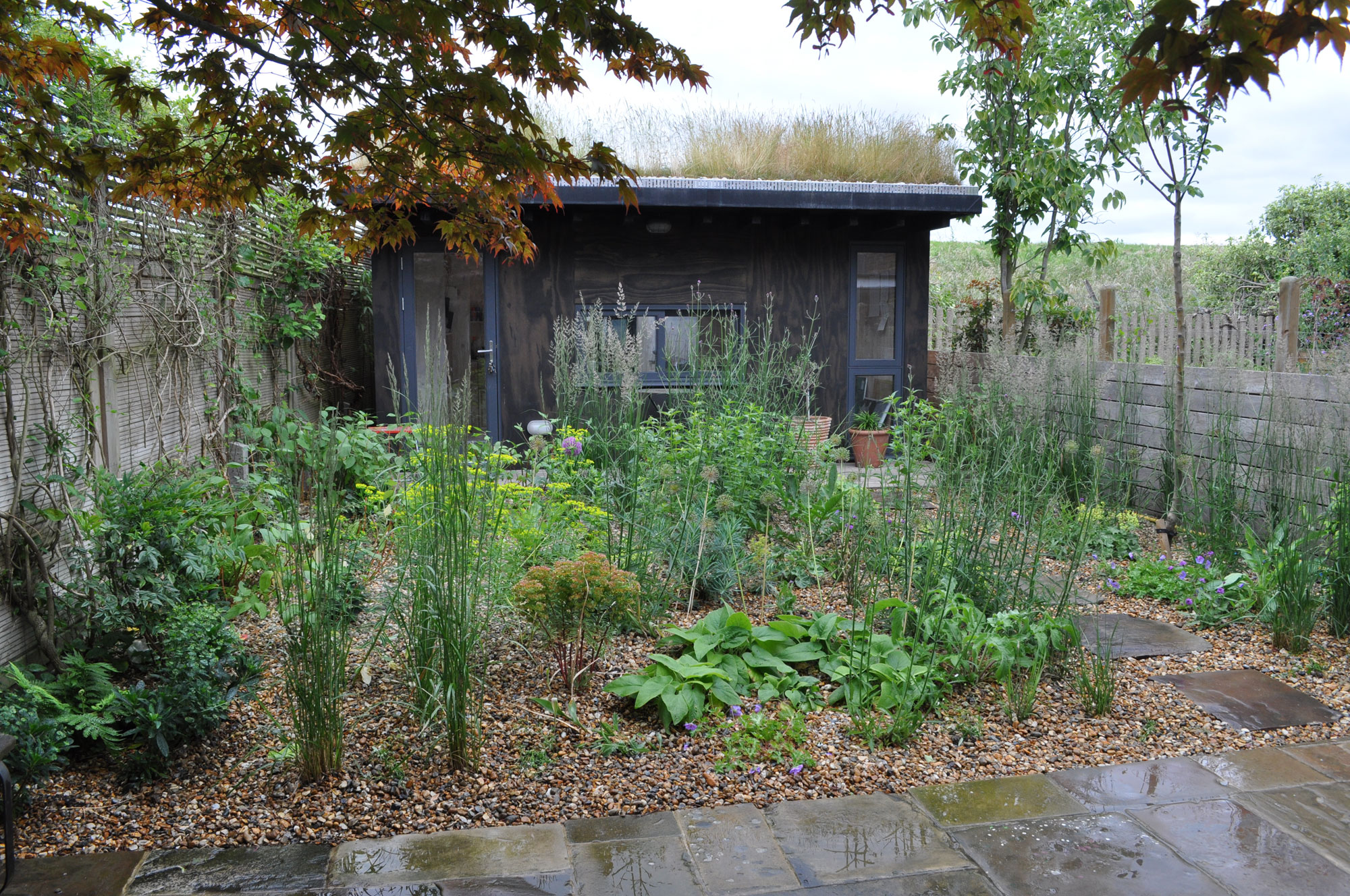 Mid June 10 weeks after planting, the plants are already putting on a lot of growth and will continue to do so over the coming months. 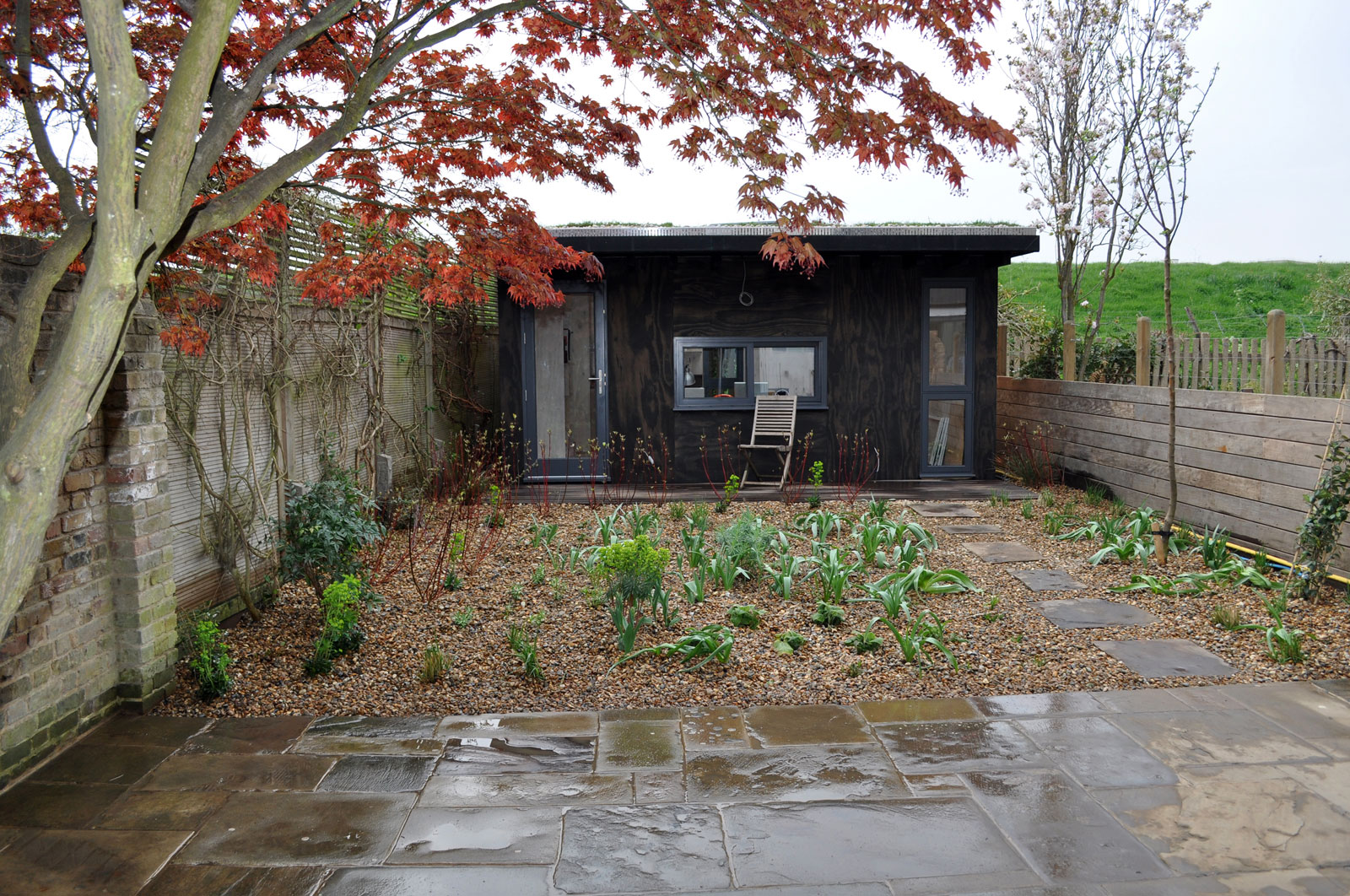 Just after planting in April, the garden looks bare now but soon the planting will fill in making the place look more established.