I designed the planting following a complete renovation and extension of the house. The client wanted a scheme that could be appreciated from all major axes of view, so the planting is dominated by perennials and grasses from early spring to late winter and bulbs from late winter until spring. The client is a keen cook so we created a herb bed near the house with space for fruits and vegetables. 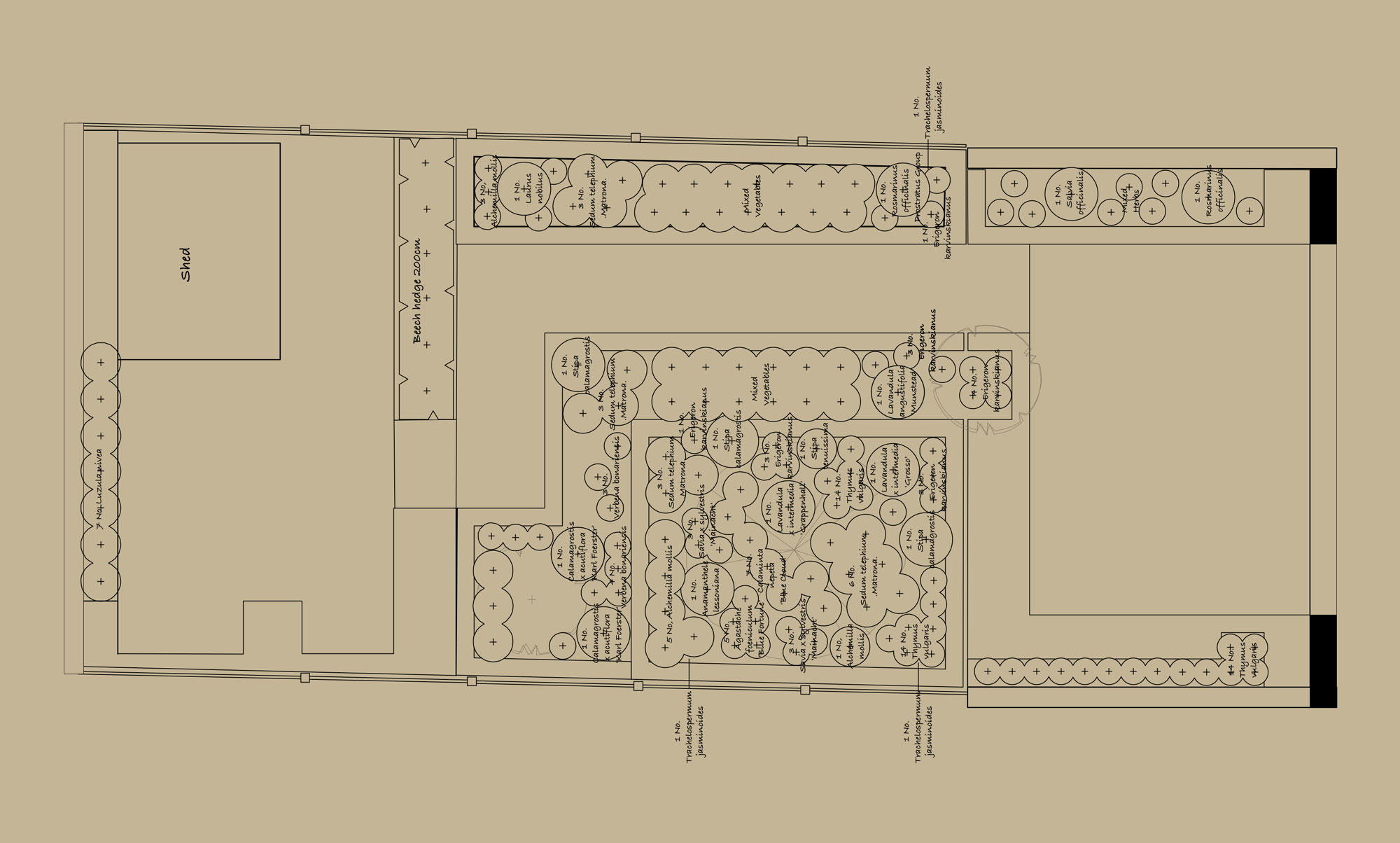 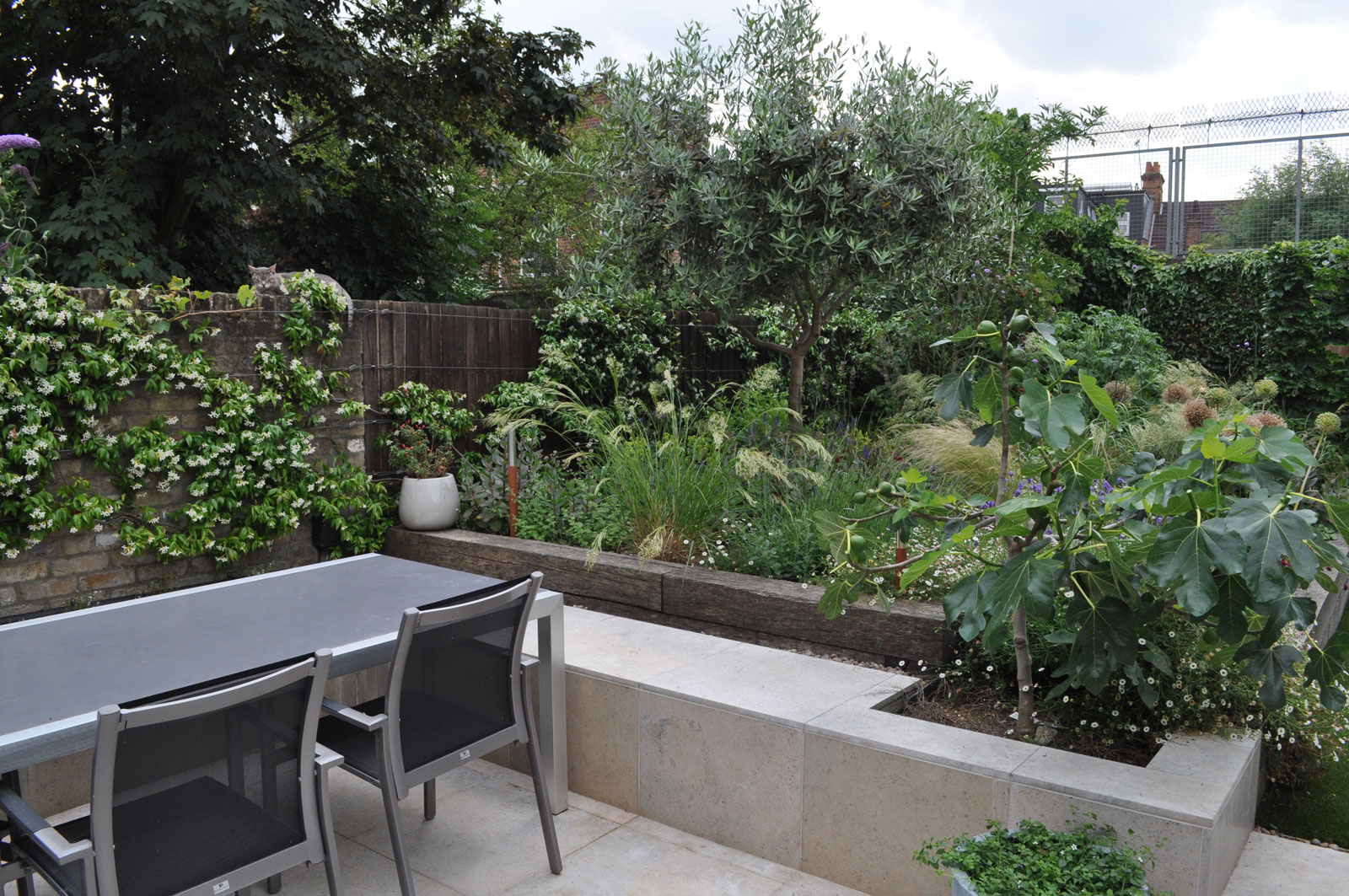 Early summer, grasses are flowering and perennials are blooming, the seed heads of the alliums will add structure for several months giving height before later flowering perennials do their thing. 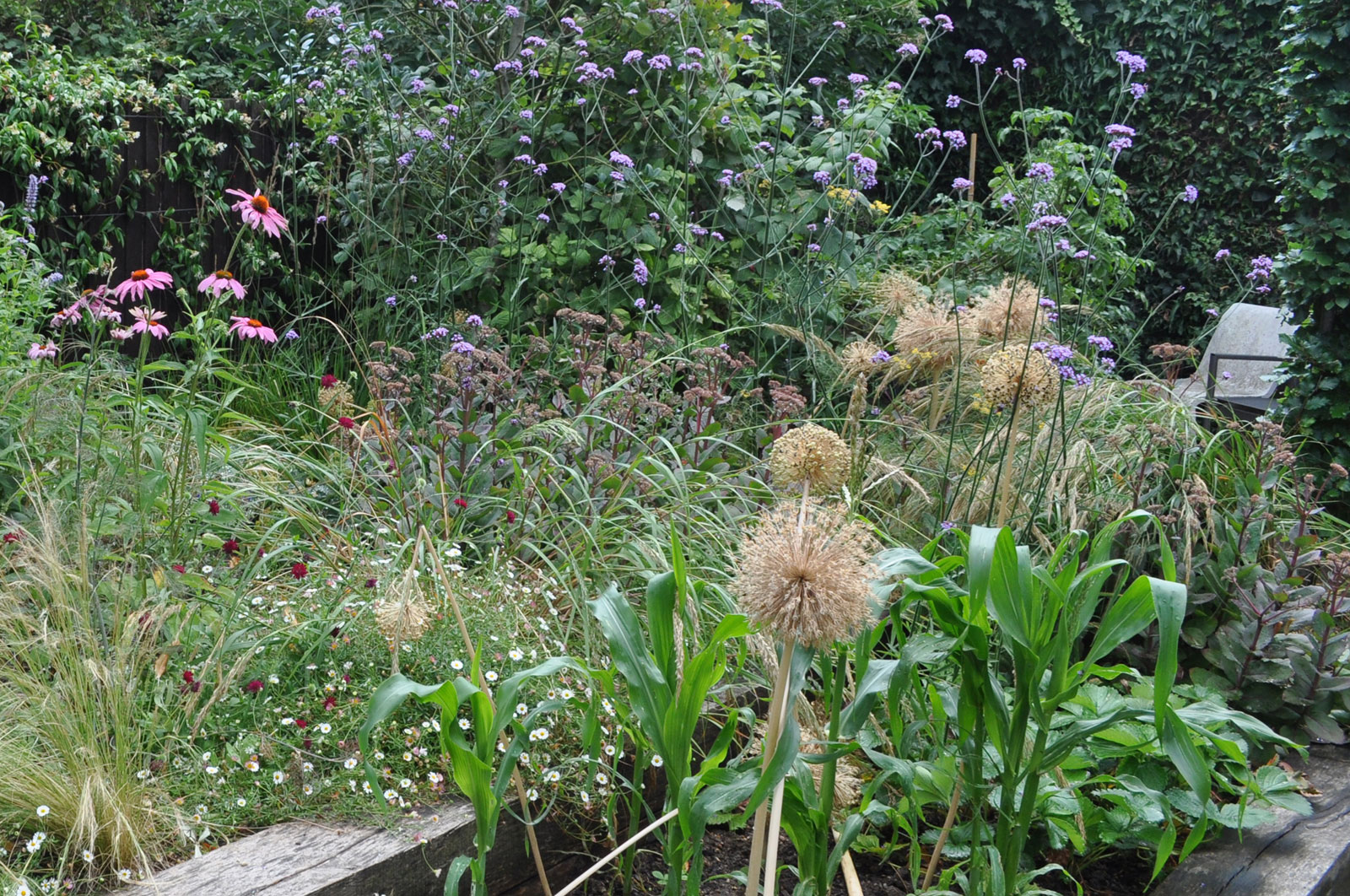 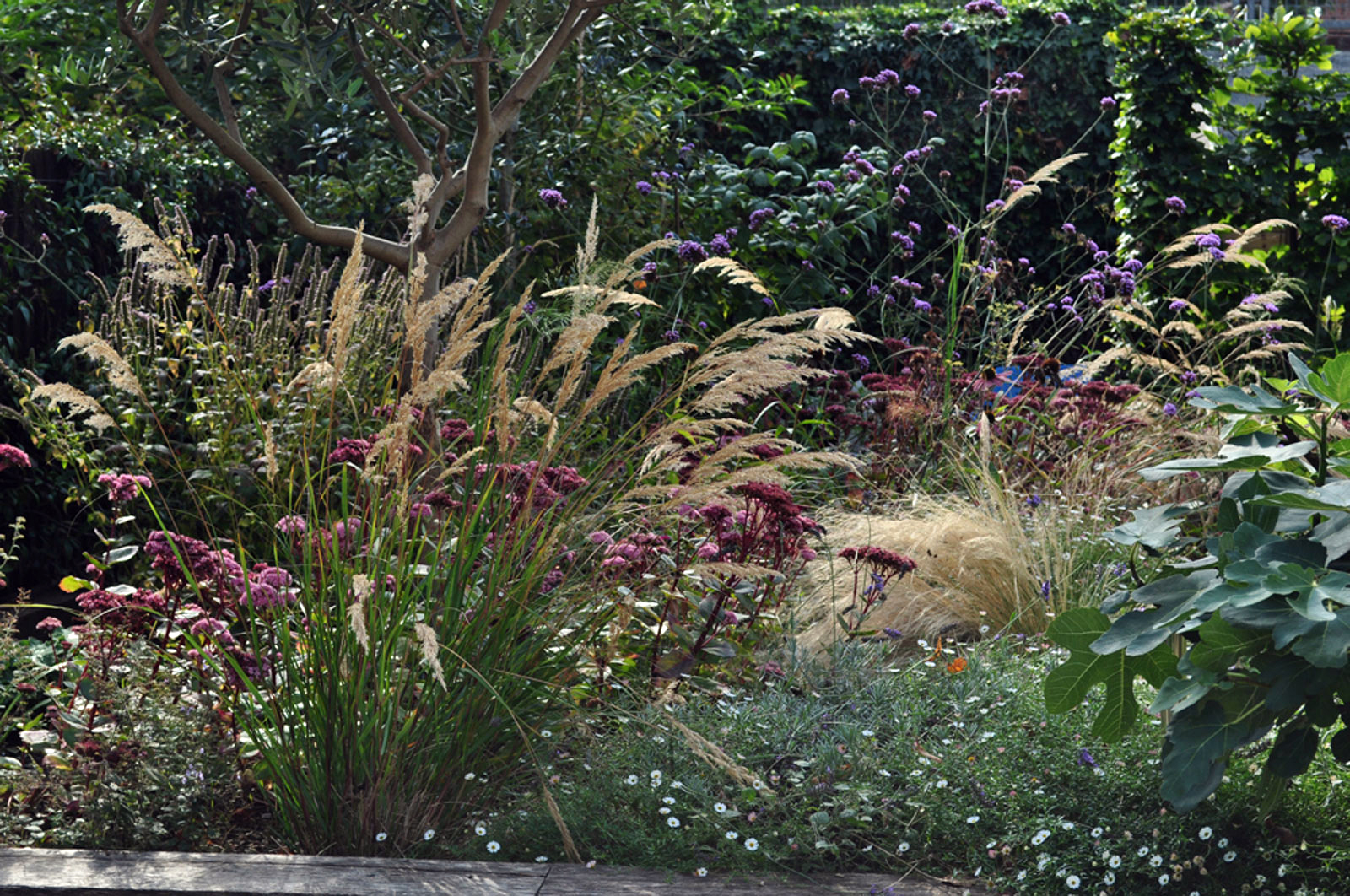 Late summer, perennials and grasses have been flowering for months now and the display will continue for many more to come. 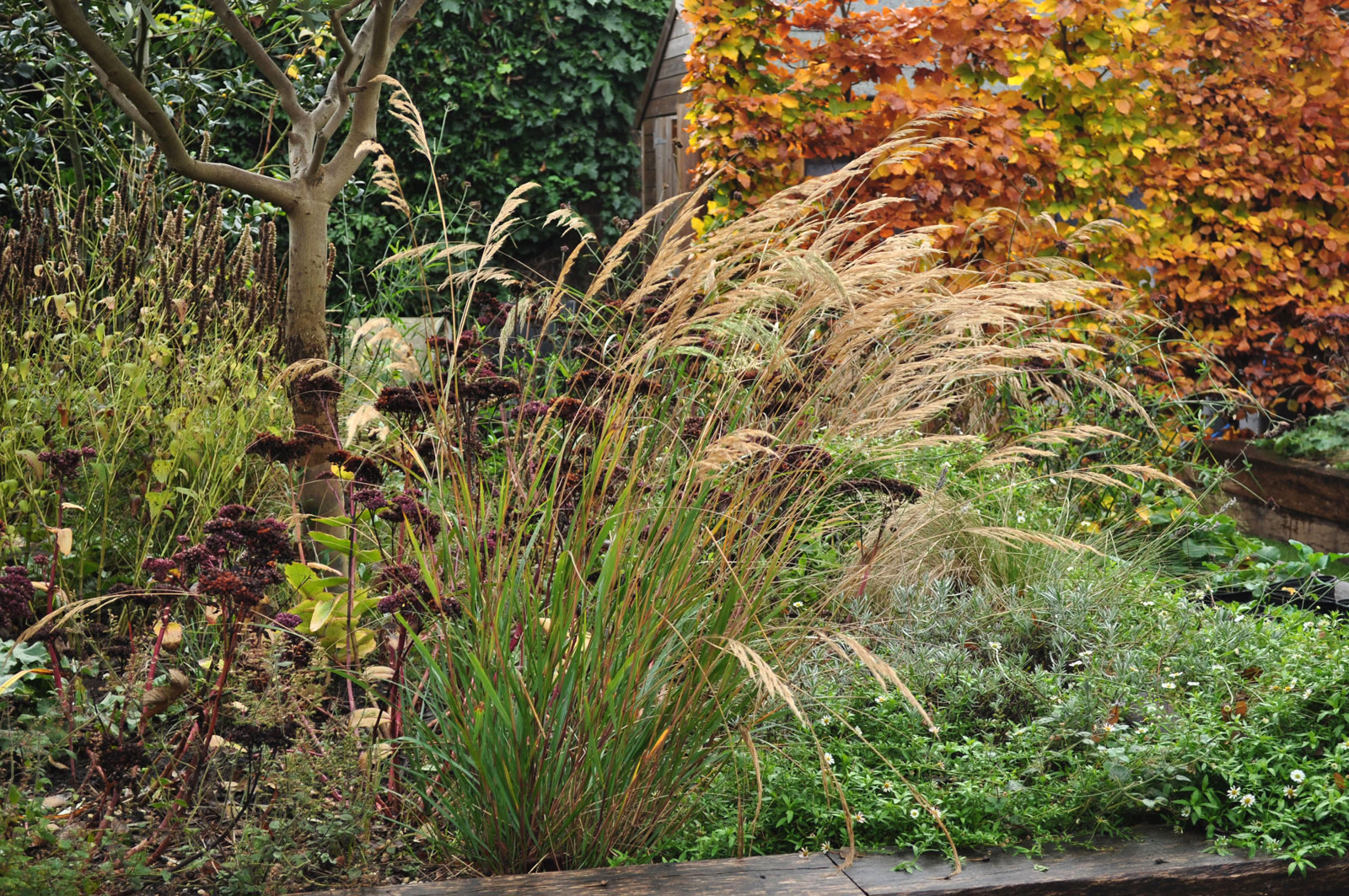 Autumn is an exiting time with a display of changing colours; many perennials are still flowering and will continue to do so until the first frost. 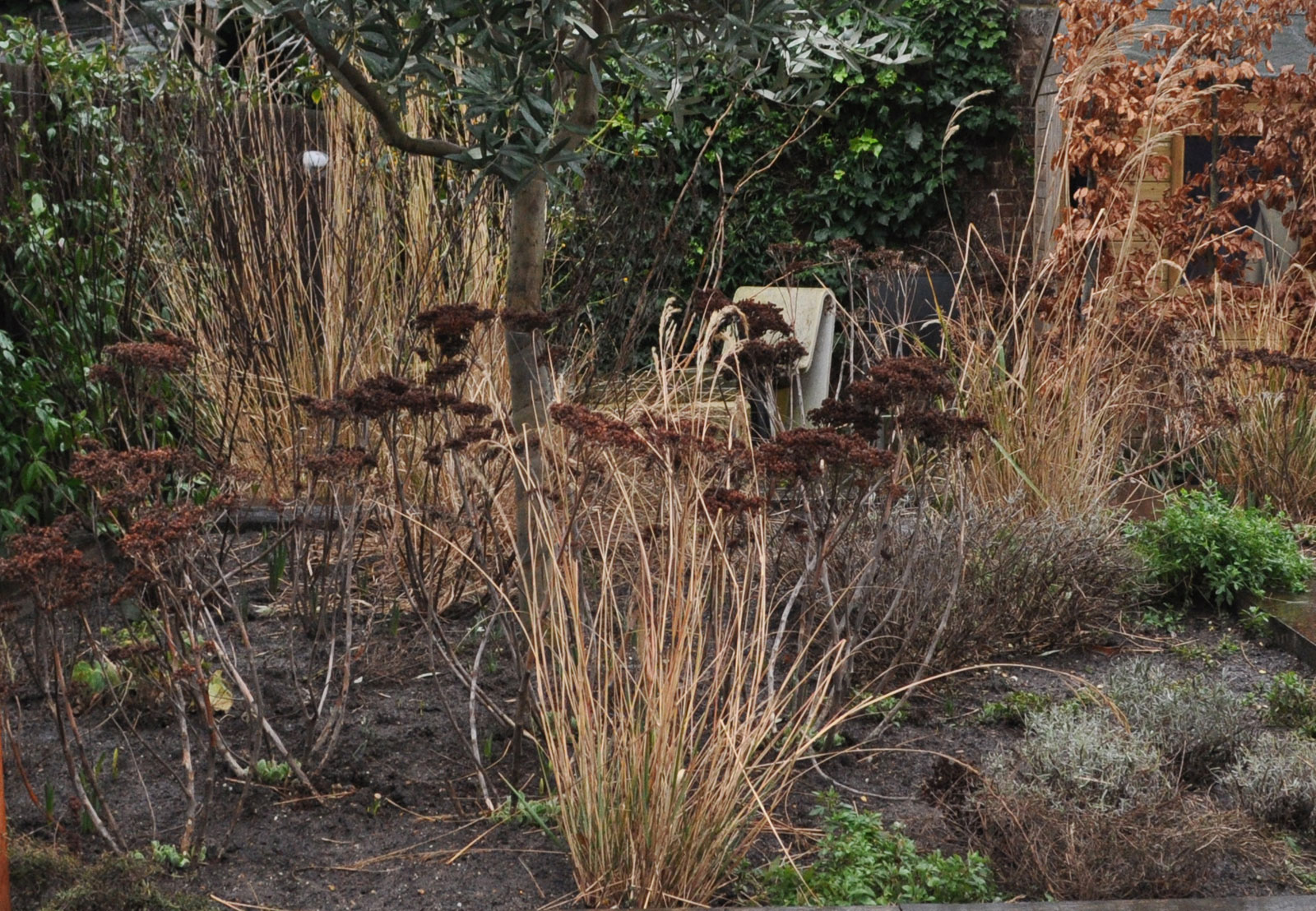 Winter, the earthy colurs of grasses, sedums and beach hedge takes the display into spring. 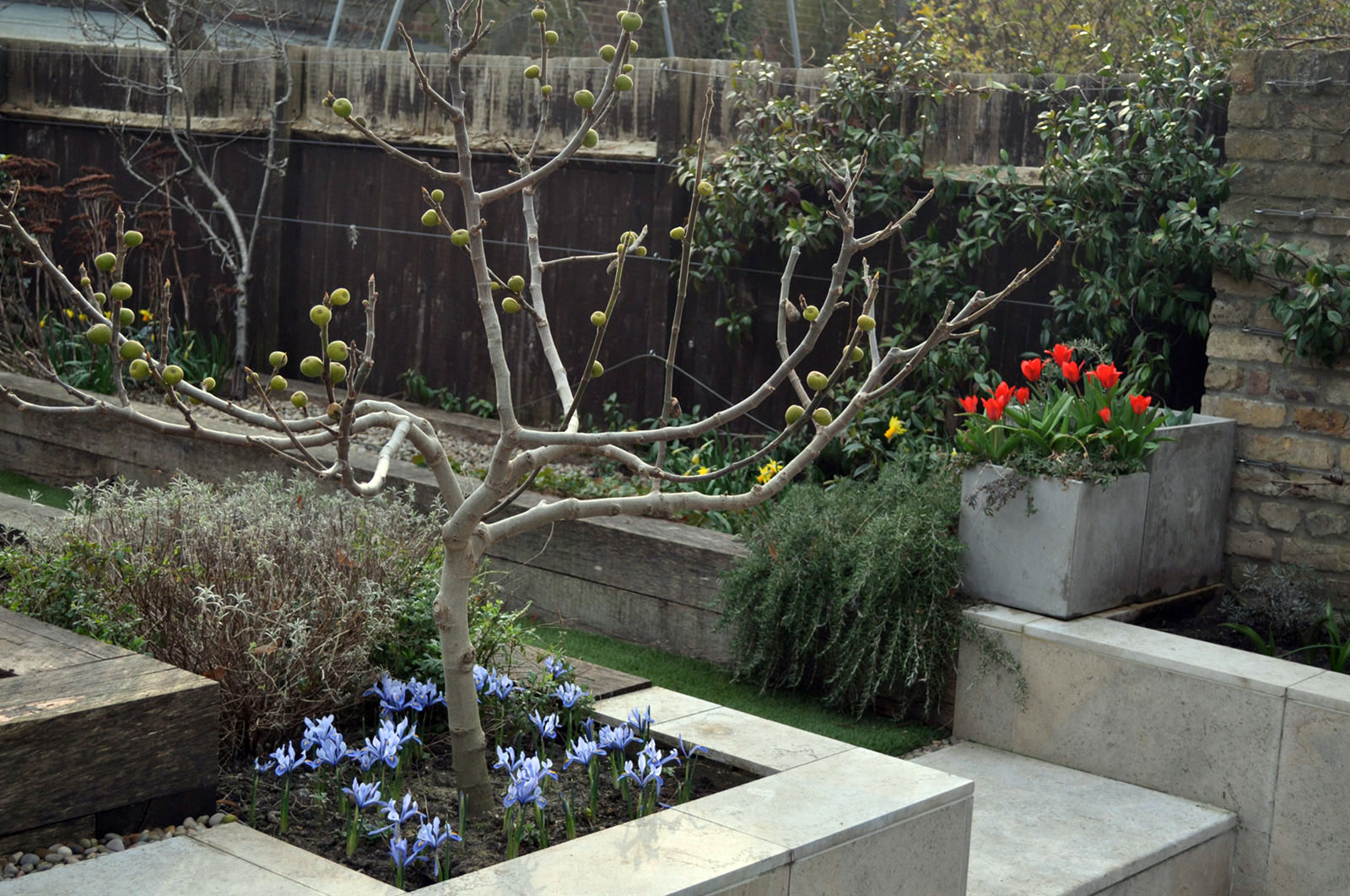 Late winter and bulbs are coming into bloom, iris, crocus, snowdrops and tulips starts of the display. 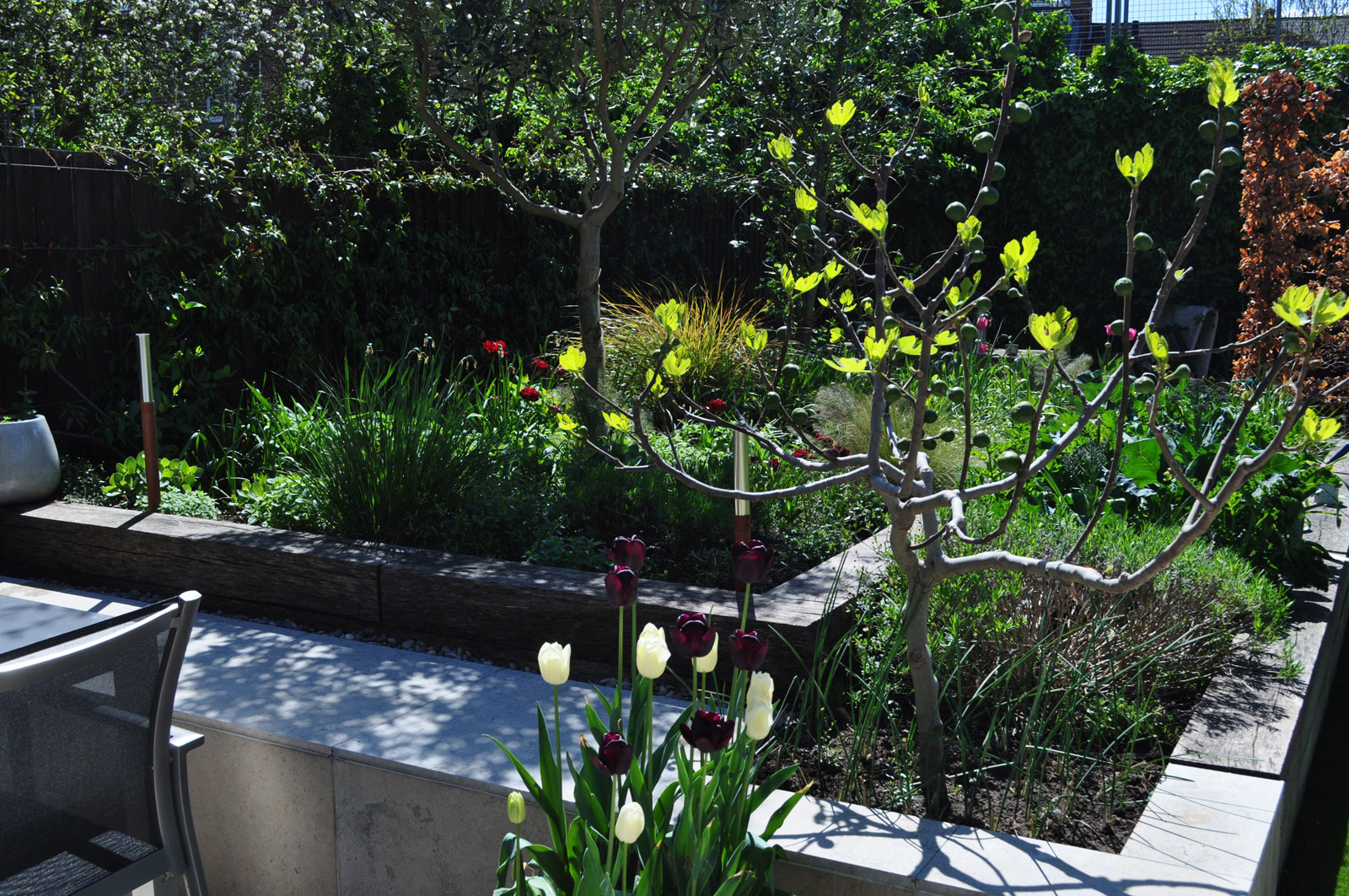 Spring, the early flowering bulbs are over and Tulips are in bloom; Alliums and Camassias will follow in late spring and early summer.